“Capitol Hill Oysters”, or “Who Really has the Balls?”

The opening paragraph of the May 1, 2013 The Hill article, “GOP says Benghazi whistleblowers will ‘expose new facts,’” caught my attention.

“Eyewitnesses with potentially damaging information on the Obama administration’s handling of last year’s terror attack on the U.S. mission in Benghazi will testify at a hearing next week, Republicans said.”

I cannot wait to hear what this evidence is.

I did hear about Obama ordering the “hit” on the American Embassy, so he could send drones and cruise missiles to kill more civilians. I did hear about Bill Clinton secretly supplying arms to Syria’s Assad government. Don’t forget the story of a UFO creating devastating earthquakes in China. Why? Because they are communists.

What can be said that would be more devastating than the deaths of Americans and Libyans at the hands of the radicals and terrorists?  And why are the right-wing right-wingers making such a big deal about what Secretary Hillary Clinton or Ambassador Susan E. Rice knew or did not know within days after the attack?  Did these two officials purposely lied to the world about what happened?

And if so, why? What would be the purpose?

John 8:7, “They kept demanding an answer, so he stood up again and said, “All right, but let the one who has never sinned throw the first stone!”

“They” are those wishing to discredit any Democrat, liberal or left-winger. “He” is the President, Hillary and/or Susan.

But only Hillary had“tener cojones” during a congressional hearing.

Watch Senator Ron Johnson (R-Wisc.) not listening to the Secretary of State, only pushing his personal political agenda of whipping the Secretary and Ambassador rather than asking how we should, had and can we fix the problem.

(No, this is not advocating Hillary for President.  It is way too early and she has not declared. Yet.)

Clinton certainly has more commitment to doing the right thing and to stop the stupidity than the most members of Congress – on both sides of the aisle. Those men and women who say they are listening to their constituents but are more worried about getting reelected, about the money power of the Koch brothers and the NRA, and of the voice of the politically insane than they are of running the nation.

Now Rep. Darrell Issa (R-Calif), Rep. Jason Chaffetz (R-Utah), and Rep. Trey Gowdy (R-S.C.) are claiming that some unnamed person or persons, the “whistleblower(s),” will testify about something about the attack in Benghazi that will devastate the entire Obama administration.

And what is the devastating news? Why, it is a secret of course.

What is not a secret is that the only, ONLY, reason these men and others are starting rumors and providing fuel for the right-wing wacko conspiracy theorists is to embarrass the current administration, not to “find out the truth.”

Maybe they don’t want to hear the truth. Yet, even at its worse, the truth is nothing to be feared.

Finding an error in a  statement by an ambassador or Cabinet secretary will not topple an entire government. If that were true, the Bush 43 administration would have been out of the office as of January 20, 2005.

Sanity does prevail in under Lady Liberty. Moderate and right of center members of Congress know better as do their counterpart liberals. They did not come to Capitol Hill to enlarge their personal self-worth. They came to govern.

The extreme forces represent the “sore losers’ society,” whose membership is not limited to the radicals of the right side of the fence. We have seen it on the left as well.

These are the same federal legislators who are refusing to talk the “Sequestration” and do what they all promised to do, reduce America’s deficit, to streamline the federal government, to… this list goes on. All promises unkept. 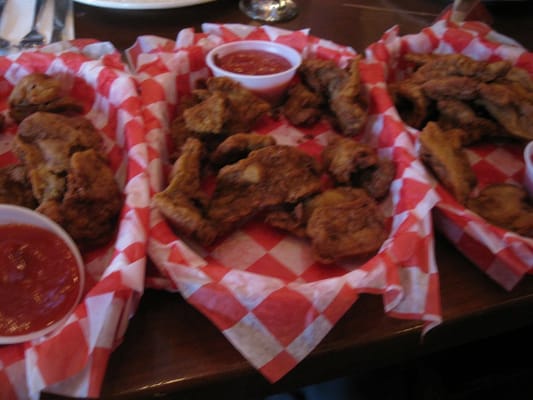 Capitol Hill is being held hostage to stupidity.

My prediction – It will only get worse until the People become so angry that every radical is removed from government and sanity prevails.

2 Responses to “Capitol Hill Oysters”, or “Who Really has the Balls?”