Under God – The Pledge of Allegiance, Massachusetts and Propaganda

On Wednesday September 4, the American Humanist Association opened its arguments on behalf of a family in suburban Boston to take “under God” out of the Pledge of Allegiance. More accurately, to stop the practice of mandatory reciting of the Pledge. This is not the first time this issue has been brought to the forefront of First Amendment rights and most likely will not be the last.

I have written extensively about the official motto of the United States, “In God We Trust,” and the Pledge in my book, “A Christian Nation?: An examination of Christian nation theories and proofs.” Here is a short excerpt:

Part of the proponent’s argument for Christian nation status is the fact that God shows up on our money and in our pledge, a fact not lost on world citizens. Canada and England also have God’s blessings written upon their money, and in their anthems and pledges, but the United States seems to take a stronger stance on the idea then our two closest allies… 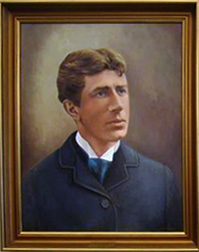 The Pledge of Allegiance has a long history, replete with changes and sidebar stories. In August 1892, Francis Bellamy, a politically socialist minister, wrote what he thought should be the pledge taken by all Americans. The pledge was published that September. In October of that year, on the 400th anniversary of the voyage of Christopher Columbus, the new pledge was recited by over 12 million children across the country.

“I pledge allegiance to my Flag and the Republic for which it stands, one nation, indivisible, with liberty and justice for all.”

It is as important to note what is not said here. “God” is not a part of the original Pledge of Allegiance. Was it because Bellamy was a Socialist? He was but most likely not; there is no reason why a socialist cannot also be a Christian, Jew or Muslim. There is no indication as to why he chose his words as he did. Socialism in the 1890s had a different meaning than it did in the 1950s and 60s, than it has today, and a different meaning in Europe than in the United States.

We do know that the one of the ideas behind the writing of the Pledge was as a promotion to sell American Flags. Advertising.

In 2008, Shelley Lapkoff, Ph.D., spoke to the Commonwealth Club of California concerning the Pledge that was broadcast live on Minnesota Public Radio. Her conversation concerning Bellamy and Christian Socialism was quite fascinating and insightful.  Her presentation provided the verification of the research for much of this section.

In 1923, the language was changed from “my Flag” to “the Flag of the United States of America.”

“Under God” was added by President Dwight D. Eisenhower in 1954. He said, “In this way we are reaffirming the transcendence of religious faith in America’s heritage and future; in this way we shall constantly strengthen those spiritual weapons which forever will be our country’s most powerful resource in peace and war.”  (Italics added)

It appears that God was added as a propaganda ploy as America battled those “godless commies.”

Propaganda is defined by the Merriam Webster’s Dictionary as “the spreading of ideas, information, or rumor for the purpose of helping or injuring an institution, a cause, or a person.” To cause such an action, the message should be significantly emotional and usually short on solid facts to achieve its goals. By the 1950s, religion had again become a factor in American politics and homes via radio and the new media of television…

By including “In God We Trust” on our currency for the world to see and “Under God” in the citizen’s pledge to the nation for the world to hear our government unwittingly but successfully amplified the emotional issue of religion and God intertwined with government in the Cold War dialogue and propaganda.

This knowledge may be disconcerting to many. As one college administrator told me, “I really don’t want God to be used as propaganda.”

The Massachusetts requirement of reciting the Pledge needs to be struck down. Yet the bigger problem remains that the Christian God is being used as propaganda and that was not the intent of Francis Bellamy.