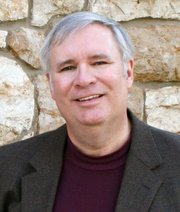 Here is the story. Professor David Guth teaches journalism at the University of Kansas. Earlier this week, he was pissed off at the N.R.A. and Wayne LaPierre after the Navy Yard shooting that left 13 dead, including Aaron Alexis, the alleged shooter. Guth wrote on his personal blog:

“The blood is on the hands of the NRA. Next time, let it be your sons and daughters. Shame on you. May God damn you.”

For this he is now on paid administrative leave because a right-wing university group complained. In fact, complaints came from a number of KU and state officials.

This reminds me of my acquaintance Prof. Ward Churchill, formerly of the University of Colorado at Boulder. He also said something stupid – about a month after the attacks of September 11, 2001, Churchill said that the U.S. deserved to be attacked because of the way the country treats Muslims. Everyone was up set with Churchill and many, including officials of the university, federal and state, called for his ouster.

The difference is that CU did not discipline Churchill citing his First Amendment right to free speech. KU seem to have forgotten the language of the Amendment, that

“Congress shall make no law… abridging the freedom of speech…”

Churchill, a professor of philosophy, or Guth made their statements as private citizens outside of their university duties. Both Churchill and Guth work (worked in the case of Churchill) for public institutions that are state sanctioned and governed. By the 14th Amendment, all provisions of the Constitution are applicable to federal, state and local governments. 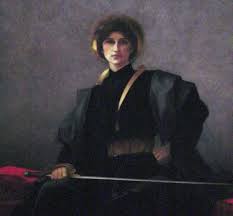 Placing Prof. Guth on administrative leave (even as paid administrative leave) is an apparent violation of the intent of the Free Speech provision. Yes, Guth’s statement was of bad taste and was, even in my eyes, crass, but he has the right to speak his mind.  To quote Evelyn Beatrice Hall (1868 –1919), “I disapprove of what you say, but I will defend to the death your right to say it.”

I also disagree with Guth’s statement. The blood is on all of our hands because we are allowing the big money of the N.R.A. for control Congress, preventing the enactment of sensible laws concerning the ownership of firearms; like requiring training coursed in basic ownership and safety.

Guth must be reinstated with all of his privileges as a professor at K.U. dictate. Refusal to do so will only take us down another slippery slope to a road we do not want to travel, the restriction of free expression – a right only found in the Constitution of the United States and nowhere else on the planet.