A War on Whites? 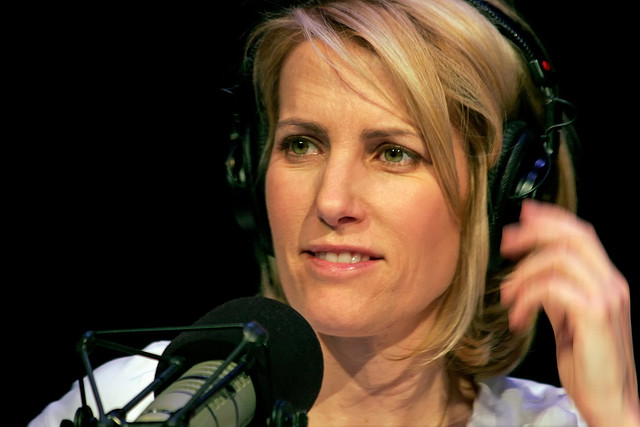 Thank you Laura Ingram. Ingram, as many of my readers know, is a conservative (read tea party) radio talk show host who loves to give it to the president and the Democratic Party. On Monday August 4, she teamed up with Alabama’s Rep. Mo Brooks to attack the GOP and House Speaker John Boehner (R-OH). Oh, yes, they include the conservative Chamber of Commerce of the United States and the Wall Street Journal on their “hit list.”

My column this week in the Columbia Missourian (Wednesday, August 6) concerned the GOP/tea party so-called immigration bill which does not provide the moneys – only $694 million – and legislation that would have assisted in the closing of the boarder and returning the undocumented children to their home country.

This last minute bill was filled with problems and loopholes, but was being praised by Ingram as good legislation. That is until she opened her mouth and said, “It seems common sense and easy to understand for people who have been following this issue for years, not just the last couple of weeks, but anything that gets voted on within hours of your (Congress’) recess is almost always a bad bill…” (5:31)

Yes, Laura, the tea party bill is one of those which is a bad bill. But Rep. Brooks took the conversation one step further.

Fox News regular Ron Fournier of the National Journal statement to Fox News Sunday’s host Chris Wallace said, “The fastest growing voting bloc in this country thinks the Republican Party hates them. This party, your party, cannot be the party of the future beyond November if you’re seen as the party of white people.”

Brooks told Ingram, “This (the immigration policies by the president and the GOP mainliners) is a part of the war on whites that’s being launched by the Democratic Party. And the way in which they’re launching this war is by claiming that whites hate everybody else.” If this language does not anger all Americans, liberal and conservative, GOPers and Dems, people of color and whites, and everyone else in between, I don’t know what will.

This is language that dates back to the Jim Crow era, to the Ku Klux Klan and other white supremacy groups, who see the white majority as threatened by non-white immigrants. Brooks continued. “It’s a part of the strategy that Barack Obama implemented in 2008, continued it in 2012, where he divides us all on race, on sex, creed, envy, class warfare – all those kinds of things.”

This is the newest and biggest conspiracy theory of 2014. Maybe of the decade. It is a case of Foot-in-Mouth disease as Brooks joins others who have been afflicted of the same ailment in recent years. The proposed law passed by the tea party GOP House is a bad deal on its own, but when one of the main supporters blames it on a “war on whites” we really have to question if the tea partiers actually know what they are doing to themselves.

Let’s get a real comprehensive plan together, one that is a compromise between the two parties involved – the Dems and the Republicans and leave the radical right-wing Right Wingers out of the fray.

On August 5, 2014, Mr. Brooks won his primary election with 80.3 percent of the vote. This does not bode well for Alabama’s electorate.