Using Statistics in Your Business Speech

When using statistical data as part of the opening or within the body of your speech, there is basic rule that should be followed. In fact, the people who produce infomercials know this rule well and use it often.

TED Talk speaker Joe Smith uses this rule in his opening statement in a five-minute speech titled “How to use a paper towel.” For such a mundane topic, Smith captures the attention of the audience quickly.

“Five hundred seventy one million, two hundred and thirty thousand pounds of paper towels are used by Americans each year.”  (Yes, he corrects the number to one billion, but that does not have the same impact.) 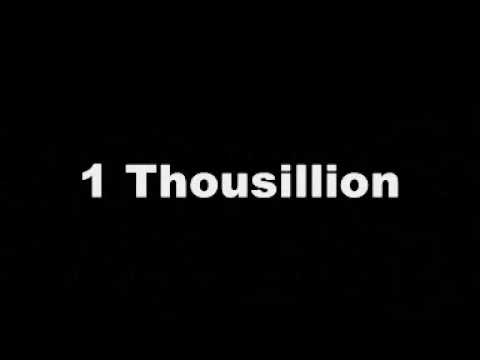 It is called the Rule of the Ridiculous. It says to use a number so large or so small that it gives your position the advantage. It also says write out the number so it looks larger or smaller than it really is.

The infomercials have this rule down pat. The competitor’s price for the new vacuum is $200, but you can buy ours for five payments of only $19.95. What a bargain until you do the math and realize that the vacuumed advertised is only 25-cents less than the competitor’s. Not to mention the shipping and handling costs, which in many cases is the equivalent to the taxes you would have paid at the local box store.

The life insurance policy will cost you less than $1.00 a day, but you still have to write out a check for a single annual premium of $350.00.

The rule also says to write out the number so it gives you the advantage. I ask my students which number looks bigger:

Remember the Carl Sagan’s series Cosmos? In almost every episode Sagan would talk about the number of galaxies in the known universe or the age of the Earth. He would tell us that there are billions of galaxies, with a major emphasis on the “b.” The Earth is 4.54 billion years old. Even if we have no comprehension of the length of time that represents, we know it is a long time.

In fact, some sociologists and psychiatrists believe that we cannot comprehend a number greater than five.

The way it was explained to me is that you can look at a number of objects and tell there are five without counting. But if there are six, you will count the objects, be them pills or bricks or planets. Or, for that matter, dollars.

We use enough water bottles to stretch around the planet five time, but how many bottle is that (a lot) and what is the circumference of the planet Earth? By the way, the total distance is just under 125,000 miles. Can you comprehend that distance? How about “more than halfway to the moon?”

When you are considering using data as your hook for the opening of your speech, look at the number carefully and ask yourself, “How do I make this number sound best to hook my audience quickly?”