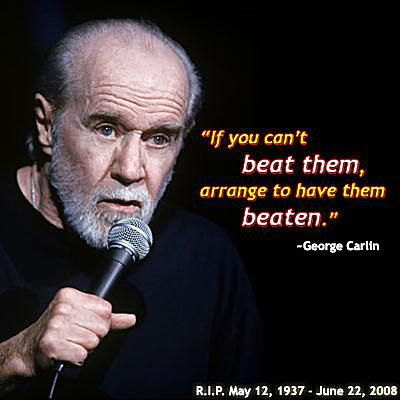 December 21, 2017 – In George Carlin’s famous (or should I say infamous) “7 Words You Can’t Say On TV,” Carlin states that he wanted a list of those words you can’t say. Not the words that are dirty only part of the time, but those that are always considered “filth.”

Well, the Trump administration, through the Center for Disease Control, has finally given us a list of words you cannot use when writing for federal grants or proposals. During a 90 minute briefing, the CDC gave a list of those words now forbidden: “vulnerable,” “entitlement,” “diversity,” “transgender,” “fetus,” “evidence-based” and “science-based.”

My local Democratic Party newsletter, quoting a report by the Brookings Institute, called the list a “War On Science” and an “Orwellian-style censorship.” Though two of the terms, science-based and evidence-based, have now been given “alternatives,” there seem to be no replacements for the rest.

I wonder how to address issues such as poverty, sexual orientation, gender identity and abortion rights have been left to the imagination of the authors of studies and grants requests? And the CDC is not the only government agency contending with the policies of the new administration. Health and Human Services, Justice, Education, and Housing and Urban Development — have changed some federal policies and how they collect government information about lesbian, gay, bisexual and transgender Americans.

We have already seen theocracy starting to sneak its way into the Trump administration, from Betsy DeVos’ proposed voucher programs to HHS Secretary Ben Carson leading the president’s Cabinet in Christian prayer before each session. It is an out-and-out war on science and progressive thinking this nation has undertaken.

It is wanting the United States to take five steps backward for every step forward she had earned over the years. That somehow the “good old days” was better when we did not recognize women’s rights, LGBTQ persons or sought to include social issues in studies to determine best practices and statutes.

I wonder about the integrity of the 2020 census and the questions the Census Bureau will be able to ask concerning the citizens of this fine nation. Will sexual orientation be part of the listing? Will there be more than five choices as to race and ethnicity? Will income be part of the survey or will that too become persona non grata?

Article 1, Section 2, clause 3 of the Constitution states, in part, that an “Enumeration shall be made within three Years after the first Meeting of the Congress of the United States, and within every subsequent Term of ten Years, in such Manner as they shall by Law direct.” I wonder how the GOP lead government will attempt to change the laws to suit their political agenda?

I wonder if the inclusion of these seven phrases and words constitute a violation of the First Amendment’s Free Speech clause. I can see where Carlin’s seven dirty words could cause an uproar by the general public; we are certainly a bit prudish when it comes to these seven words. But terms as “vulnerable,” “entitlement,” “diversity,” “transgender,” and “fetus” do not have a satisfactory scientific or dictionary equivalent to use to disguise the true meaning of a politically charged scientific statement.

I believe that the administration wants to limit the study of the LGBTQ community, of fetus survival, of vulnerable properties or people due to climate change. If we don’t study it, it must not exist. It is the equivalent of sticking one’s head into the sand.

I do not understand why the CDC, HHS and other agencies have not put their collective foot down and refuse to abide by this unlawful use of executive power and get on to the work that must be done to make sure the United States remains a leader in civil liberties, science, social issues and commerce.

David is the winner of the Missouri Press Foundation's "Best Columnist" in 2013 (First Place) and 2014 (Second Place), the 2016 Harold Riback Award for excellence in writing, and the winner of the 2007 Interactive Media Award for excellence in editing.
View all posts by David Rosman →
This entry was posted in Politics and tagged administration, Church and State, Conservatives, Conspiracy Theory, Constitution, diversity, entitlement, Ethics, fetus, First Amendment, Politics, President, Religion, Republicans, Science, science base, theocracy, transgender, Trump. Bookmark the permalink.