UPDATE  March 24, 2018 – Progressive Secular Humanist has provided some proof that Mark Anthony Conditt, the Austin Bomber, was a Christian terrorist, at least by training. Finally, there are links we can follow to determine the political and fundamentalist aspects of Conditt’s life.

BuzzFeed News reports that Conditt was a member of a Christian homeschool group called the “Righteous Invasion of Truth (RIOT), a Bible study and outdoors group for homeschooled kids, created and named by the kids and their families, that included monthly activities such as archery, gun skills, and water balloon fights.”

Friend Cassia Schultz, 21, said that Conditt appeared to be a normal kid, but was from a family that was very religious and conservative.

According to a report in the Statesman, Jeremiah Jensen, 24, who ran in the same homeschool group as Conditt, said that Conditt would be argumentative and confronting in discussions and was a “deep thinker.” He continued saying that he believed that for Conditt, “faith was a serious thing for him…”

As more information is made available through the press and the police authorities, the more comprehensive a picture we have of Mark Conditt. Thank you, Progressive Secular Humanist for following up on your original posting.

I am usually a fan of the Progressive Secular Humanist’s commentary found on the blog site Pathos.com under “nonreligious.” Normally, I am in agreement with the comments made by the author and share them on my Facebook page. But the current column is a bit off. 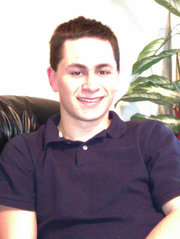 Mark Anthony Conditt has been identified as the Austin bomber. According to the New York Times, Conditt “was an intense loner who grew up in a tight-knit, deeply religious family…”

The final proof of his action comes in the form of a 25-minute video left on his cell phone he made before he blew himself up. The NYT reported that Austin Police Chief Brian Manley stated that the video was “the outcry of a very challenged young man talking about challenges in his personal life that led him to this point.”

But that is not the conclusion inferred by the Progressive Secular Humanist. The author harps on the fact that Conditt’s parents are fundamental Christians and that his homeschooling ingrained some sort of delusion of hatred towards… someone or something. That his homeschooling, his religious indoctrination, somehow caused him to go over the edge, killing two, injuring four others and eventually killing himself.

Chief Manley made it a point to not call Conditt a terrorist. The Progressive Secular Humanist makes it a point to call Conditt a domestic terrorist, and with this, I agree. Whether or not the point of the bombings was to strike terror into the minds of those living in and around Austin, Conditt achieved that goal. But until the video is released and the investigation is completed, the general public and the press will not know the full extent of his madness.

The Progressive Secular Humanist focuses on the fact that Conditt came from a very religious household and infers that his actions were somehow connected to his religious beliefs.

We know that he was a conservative, but in a blog posting from a class he was taking at the Austin Community College, he wrote:

I view myself as a conservative, but I don’t think I have enough information to defend my stance as well as it should be defended.

In other words, Conditt, at least at the time of the class, had not yet formed his political views. Yet as a conservative Christian we can infer that he was anti-abortion, anti-same-sex marriage and anti-adoption by gay couples.

According to the Austin American-Statesman, a high school friend described Conditt as “as a smart but opinionated — and often intimidating — young man who was ‘rough around the edges’.”

Could his religious upbringing cause him to step over that line and create the seven bombs that terrorized Austin? At this point in time, there is no proof that is the case. We will not know until the tapes are released. Or we may never know.

And that is the point we can speculate all we want concerning the rhyme or reason as to Conditt’s actions, how and why he chose his targets or if they were random, but we may never know what was in his heart and brain during the last few months of his life.

I do not think it is wrong for the Progressive Secular Humanist to write about Conditt or to label him a domestic terrorist. However, to speculate that somehow his religion was to blame is wrong without all of the evidence in hand.

David is the winner of the Missouri Press Foundation's "Best Columnist" in 2013 (First Place) and 2014 (Second Place), the 2016 Harold Riback Award for excellence in writing, and the winner of the 2007 Interactive Media Award for excellence in editing.
View all posts by David Rosman →
This entry was posted in Christian Right, Christianity, Conspiracy Theories, Journalism, Politics, Religious, Religious-Right, Terrorists, Writing/Journalism and tagged Austin, Conditt, progressive secular humanist.. Bookmark the permalink.