There is no war on Christmas or Christianity. There is a war on the Constitution of the United States and the First Amendment.

The City of Ozark, Missouri (located south of Springfield, MO) and the Freedom From Religion Foundation (FFRF) are heading for a major argument concerning a Christian cross erected on the city of Ozark property as part of their annual holiday display and the First Amendment to our Constitution. 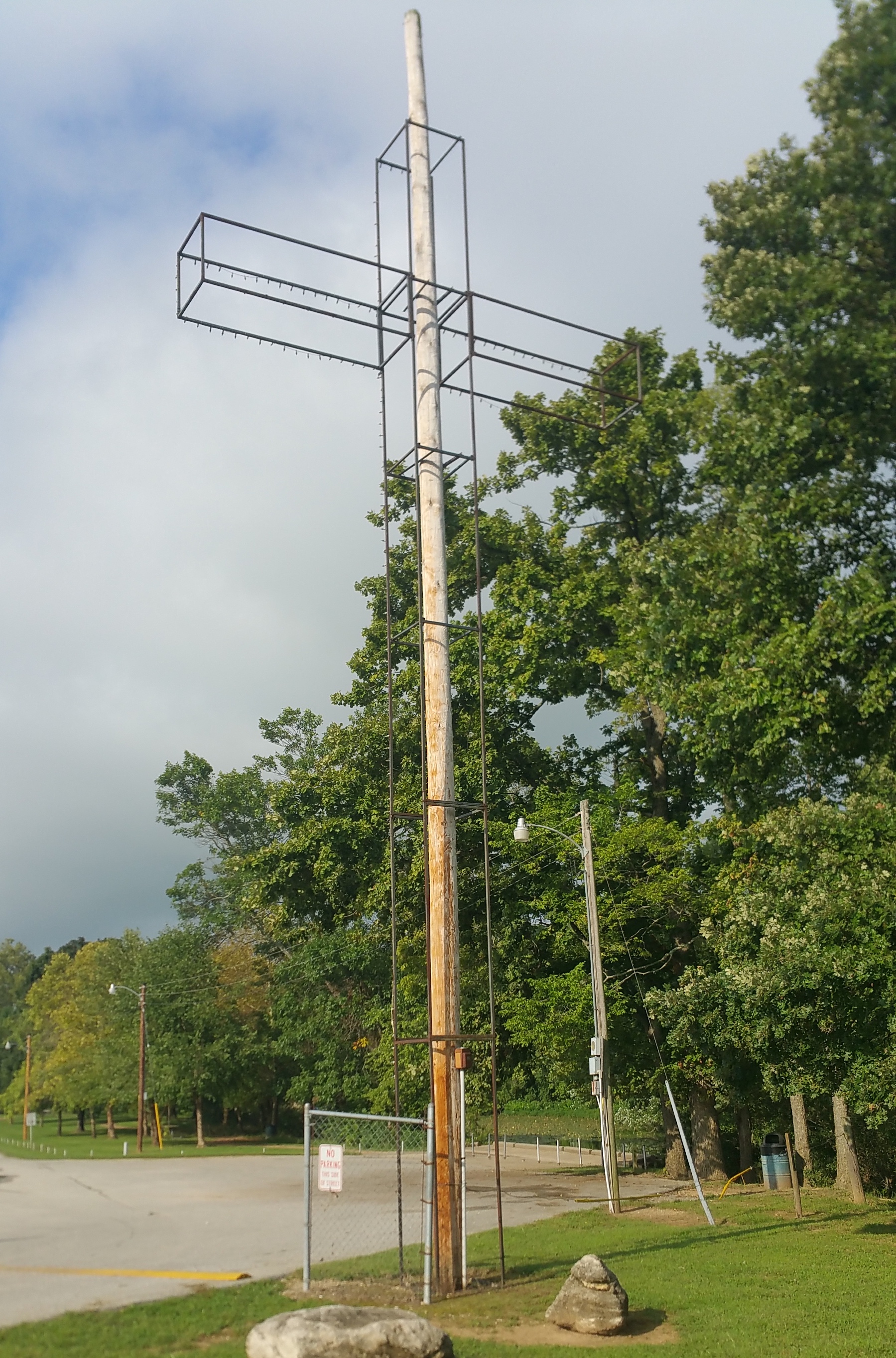 The Latin cross in Ozark’s Finley River Park is not a small display; it is supported by a pole several stories tall. A citizen complained to the FFRF and they, in turn, mailed a notice to the city that the display is in violation of the First Amendment.

On December 11, 2018, the city agreed and was prepared to take down the cross. However later that same day, because of pressure from Ozark’s citizenry, the city decided that the cross will remain lit and on public property.

Mayor Rick Gardner argued that “This is a Christian county, for Pete’s sake.” It was decided that the cross is to stay up for the holiday season while the city seeks a legal opinion.

Christian County, which Ozark is the county seat, was not named for the religion, but for an American Revolutionary War soldier named William Christian in 1859.

The FFRF reminded Ozark, “More than 1.2 million Missourians are nonreligious. By erecting a large Christian cross, Ozark is alienating a sizable number of Missourians and Americans.”

The Supreme Court has backed up FFRF’s position numerous times. In “Allegheny v. American Civil Liberties Union (ACLU) of Pittsburgh, 492 U.S. 573 (1989) … specified that the Establishment Clause would unquestionably prohibit a city from placing its imprimatur on a large permanent cross”.

“In ACLU v. St. Charles (1986), the 7th U.S. Circuit Court of Appeals prohibited the city of St. Charles (MO) from displaying an illuminated Latin cross on the top of the city’s fire department as a part of its annual Christmas display.”

Our Founding Fathers were very astute as to the problems related to the combining church and state into one governing entity, a theocracy. They saw the problems in England, France and other European countries, and wanted to avoid it in the new nation. The Constitution is a secular document and is noted for not including a national religion or mention of Christianity.

The very first section of the First Amendment specifically states that government will not promote any religion but will not restrict individuals from practicing their religions, thus Thomas Jefferson’s “wall of separation” found in his 1803 letter to the Danbury Baptist Association.

But the tradition of a secular government in the North American British colonies started well before Jefferson’s letter. The Mayflower Compact of 1620 stated that the governing rules of the new colony were to be made by man. Rhode Island was founded as a secular colony. By 1776, New York City had every major world religion represented and over 40 languages spoken in its population.  The Treaty of Tripoli stated unequivocally that the United States is not a Christian nation (Art. 11). Even Christopher Columbus had two Muslims as pilots on this initial voyage to the New World.

Much of this anger comes from the fact that Christianity is losing ground in America to other world religions and to the growing number of “nones” including agnostics and atheists. Sure, there is a small group of “anti-theists,” but most “nones” are ambivalent to evangelical Christianity and to Islam.

The City of Ozark will have a hard time justifying their Latin cross on public property. This goes along with the display of the Ten Commandments (usually the Protestant version) on city or state-owned land. Or displays of the Nativity scene without other religious symbols included in government displays.

I know that I will receive a lot of negative feedback from this column. Again, I am not anti-theist but believe strongly in the First Amendment’s separation of church and state. I am a member of FFRF and have been a member of other First Amendment rights groups in the past. I am fearful of a government based on religious laws, a theocracy, whether those laws are based on the Torah, Bible or Qur’an.

David Rosman is the author of A Christian Nation? An examination of Christian nation theories and proofs. David is an award-winning editor, writer and professional speaker. You can read more of David’s commentaries at ColumbiaMissourian.com.